Yikes, I haven't been updating this blog much!  Here's some recent stuff, though.  A lot of it has appeared on my Tumblr, so sorry for the repetition.

I got this neat pose book in Little Tokyo with people fighting, so here are some tiny doodles I did while looking at it. 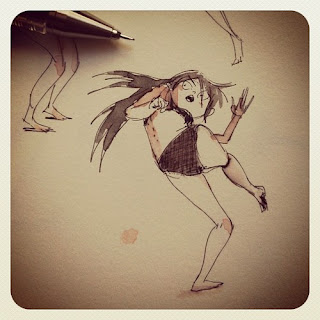 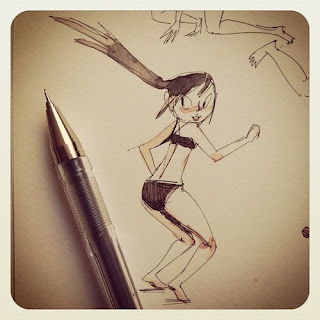 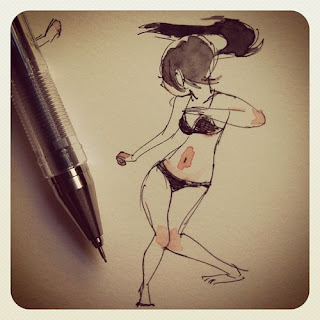 Next I wanna try drawing some of the men in the book...it's getting boring drawing just girls all the time. 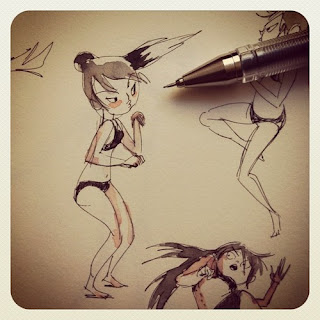 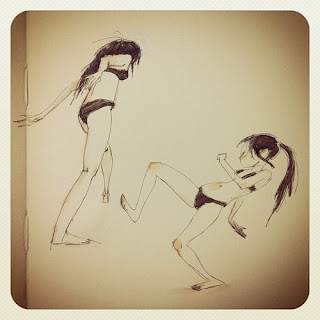 Hopefully the Instagram treatment isn't too annoying to anyone.  I've seen people complain, but honestly it's a pretty useful tool for getting your art seen by people outside of your circle!  Here's a scan of the actual sketchbook, just in case. 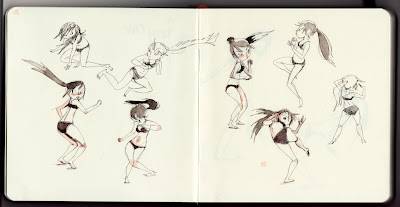 A little while ago I had a day-long obsession with Artemis and drew her a bunch.  When I was younger I really liked Greek mythology and she was my favorite goddess. 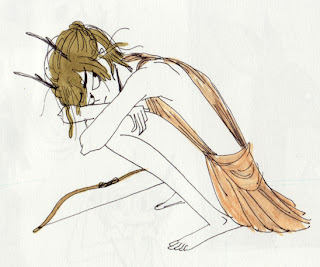 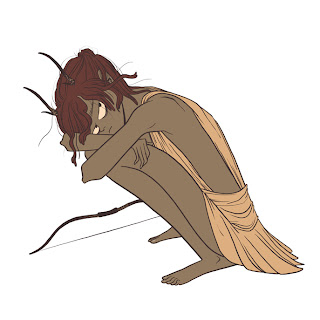 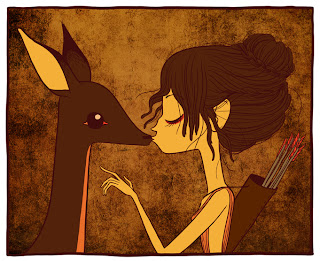 Here's some more watercolor stuff I did a while ago...I originally posted them on my Tumblr after putting them through Instagram, but I'll just put the originals here. 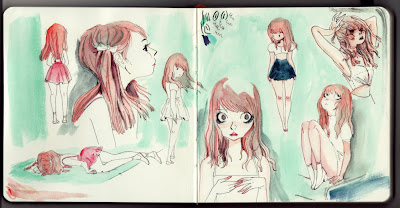 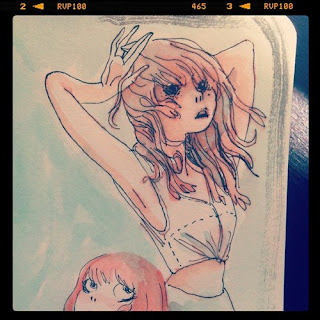 Also, big news! I'm finally getting my first book out this month...it's a collection of the first two years or so of my webcomic, Skadi.  If you're going to APE this year you might be able to get one, otherwise I'll be selling them myself online near the end of the month.  You can find them at the Dumm booth, with Luke and Gabe. Unfortunately I won't be there...I had no idea we would be finishing the book on time to be sold at the conventions, and I never got tickets.  I'm gonna be signing them though! 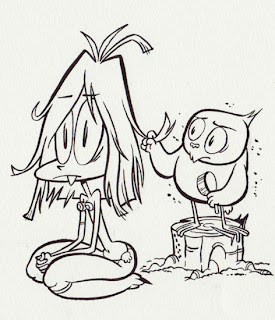 Here is a map for where you can find them at APE, if you're going.

Beautiful as always Katie. But this line, "it's getting boring drawing just girls all the time" is absolute madness. Drawing cute sometimes crazy girls is never boring especially if you can draw them as well as you. Double Fonzie thumbs up for updating your blog.

Oh thats great! I'm also going to have a table at APE...I will pick up your book! What table are you at?

E, I actually meant that it gets boring for me! I feel lately like I gotta shake things up for myself a bit...but I'll never stop drawing weird girls, so don't worry. :)

Aisleen, I wish I could be at APE but unfortunately I didn't get tickets in time...Luke, the other artist who works on Skadi, will be selling them at a booth he's sharing with Gabe Swarr. Here's a map! http://www.lifeintheanalogage.com/ape/

Yay! A blog post! And seriously Katie, you draw awesome girls (and I'm not tired of them hehe) but you are awesome at drawing everything else! :) Branching out keeps things fresh.

And I won't be at APE, but you can bet I will be buying that Skadi book as soon as it's online!!!

Wow, these are amazing. I'm loving your linework!

I love your pen sketches, they are so wonderfully unique and full of character. And they are so tiny, you must have terrific eye sight.

I love your pen sketches, they are so wonderfully unique and full of character. And they are so tiny, you must have terrific eye sight.

I so can't wait for the Skadi book!

Oh the post makes me happy....I need a Skadi book! NEED IT.

A bit off-topic but I finally got Copic markers and I kind of (shifty eyes) don't know what to do with them >_>
Could you do a marker tutorial or do a step-by-step how to do the layering effect you're so good at.

Thanks for the info Katie! I got your book, and Luke was very sweet! I love it to bits, thanks!

Hey Katie,
Book looks great! Love the little doodle in the book and the po-cards too.
You and Luke keep up the great work. He was a pretty chill guy, it was great getting to chat with him and Gabe. Will you guys get a chance to check out CTN this year?

good luck with the book. this looks beautiful
Peter

I prefer originals to the Photoshop.
Photoshop takes away the personal touch in ones art work.